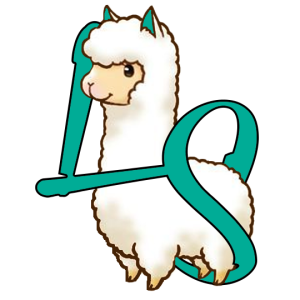 A symphony of llama's would be a wonder to witness.

“It would take a second or two for me to remember, hey… he murdered your boyfriend. “

When browsing Netflix I always pass things that I tell myself, I’ll watch it later, and this was one them. And I’ll tell you now, I wish I’d watched it sooner, even just sooner that day – so that I could have fit more episodes in before I went to bed.

It starts as you’d expect, boy meets girl, and if you watched the trailer you’d know – before episode one started – that it would take a turn for the dark… and it did, quickly with the first few words, “Oh, hello you”. It’s eye opening to see how quickly someone can find out everything about you from a few clicks on their phone, from a few looks on a few profiles. It makes you wonder why more people don’t take advantage of the privacy settings offered by social media sites.

From the very first episode you’re captivated in the mind of Joe Goldberg with his narrative looming over, justifying the things he’s doing. He’s always there, watching over you. The basement of Mooney’s revealed it’s own dark secrets over time, from Joe’s teenage years to Benji, to Claudia and finally to Beck, it’s a glimpse into the reasons he is the way his is. An eye opening look into the history inside the glass cage, and who has been held captive there before.

I found myself in a whirlwind of emotions as I watched the relationship between Joe and Beck unwind. I’d catch myself smiling at the sweet things he’d do for her, doting on her every move. It would take a second or two for me to remember, hey… he murdered your boyfriend, burned his body and kept his teeth, he stood outside of your window and made nice with himself while watching you do the same, he attacked your best friend and then he murdered your best friend. It played with the fine line between love and obsession – a line that it played with a lot in the society of knowing or needing to know your partners passwords, needing to know where they are at all times and needing to know who they’re talking to. I don’t understand it, I’ve never understood it – and to quote the show, “If we don’t have trust, we have nothing.”

Overall, I would highly recommend giving it a watch, if you’re anything like me you’ll find yourself in the same boat, after watching all 10 episodes within 24 hours, I find myself needing Season 2, needing to know what is to follow the reveal of Candice at the of the final episode, walking into Mooney’s being greeted by the same eerie line with Joe’s narrative…